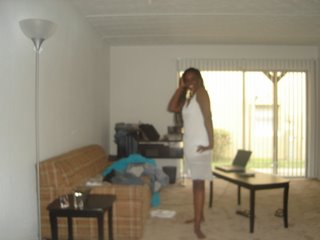 Me in the living room of mt new apt!!!

Oh yeah I forgot to post that I finally live on my own, first time ever living by myself..and I love it…..I moved in on Sept 1. So it has officially been a month. I’m officially growed up

Ummm let’s see what else….

Web Design – Still have a love/hate relationship with it. Maybe I wouldn’t hate it at all, if people would pay me my darn money (Gotta Love these “Men and Women of God”….Don’t even get me started-URGH!!!)

Singleness– Yep still single… No candidates…No potentials…I think I am not opened up enough to the possibiities, I wanna love, but in my mind I haven’t been presented with “that one” that is worthy of my love..not that they are bad guys..but they are clearly not the ones for me…I don’t know how “HE” is ever going to find me though, seeing that I don’t go anywhere and I really don’t make myself all that available. But anyway for now single is the word.

Random Thought: I can’t stop thinking about that guy from ATL – Jackie Long (Esquire)SEE THE PIC BELOW…I officially have a celebrity crush…I watch ATL at least once a week ( that’s down from watching it everday..lol ) I know it’s silly and juvenile, but if I didn’t have a fantasy land to drift off into every now and then..I don’t know if I could deal with my everyday reality… but anywho… 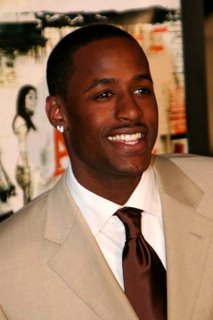 In addition to ATL, I also have a new movie obsession Akeelah and the Bee.. You gotta love tis movie…..and guess what I haven’t watched RENT in like 3-4 weeks..I know I know..I am just as shocked as you are…..

Apparently I am Jaguars Fan!

Ok, I haven’t watched an entire football game since before I went to college, I have watched a little here and there, but not an entire game in years, but last Sunday, I found myself glued to the TV not wanting to move as the Jaguars played the Redskins..

I used to be a Sports Fanatic, I watched the Jaguars games and other sports all the time, but it has been years since I have found myself mezmorized by a game..any game…I’m addicted now..I even changed my Myspace Layout to a Jaguars Theme as my tribute to the Jags….I can’t wait until next Sunday, when the Jags play the Jets!

Well my bed is calling me….I think I’ll answer it