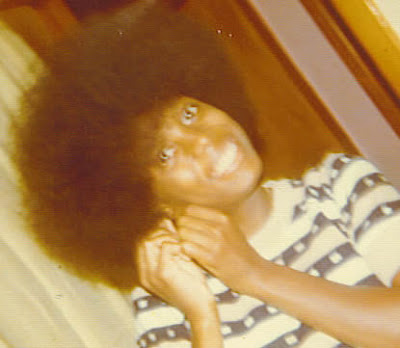 Well, I am big ball of emotions….

SORROW & SADNESS…
My aunt’s death is taking me for a loop….I was REALLY sad when I found out..then I was ok UNTIL TODAY….I just keep having sudden outbursts of uncontrollable tears….I cry because of how she lived her final years…I cry because I miss her…I cry because I’m not sure where her spirit is spending eternity….we all hope and dream of a heavenly resting place for our loved ones….but I’m not completelty sure…I pray so…( ENTER SUDDEN BURST OF UNCONTROLLABLE TEARS HERE)

LOVE & HAPPINESS…
But I am happy I get to see family members I haven’t seen in years. They had 2 funerals for my Grannie, one in Texas and one in Florida. My Grannie lived her final years in Texas..but she lived the majority of her years in Florida and had already bought a burial plot here, so we buried her here. So some family members went to the TX one and some came to the one in FL. So I didn’t get to see all of them last year when Grannie passed. But anyway….I got to see my cousin’s 4 kids..I have only seen the oldest child…she has 4 kids ages 7, 2, 1 and 9 months and is pregnant with baby # 5 at age 25. 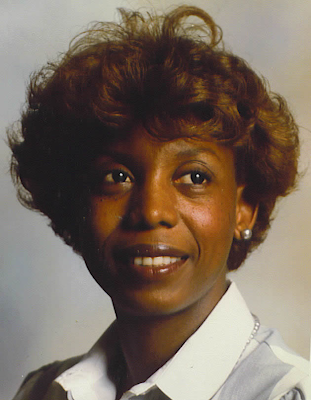 I also get to see another cousin’s little girl..Her daughter is almost 2 and I haven’t seen her yet. I’m really excited about seeing her. This cousin is also pregnant again. Her brother is also coming..he’s been in jail for the past few years and I haven’t seen him in a while. I am glad I’ll get to see him too. I wish his daughter was coming, she is 5 y/o. I haven’t seen her since she was 2. Their older brother won’t be making it….He is in jail …………. again… he has literally spent half of his 32 years of life in prison. Why do we wait until life ends to figure out the importance of living?

We only gather together for weddings and funerals and wonder why there is no bond in families anymore…….( ENTER ANOTHER SUDDEN BURST OF UNCONTROLLABLE TEARS HERE)

To add to the roller coaster of emotions, my kids have been acting like complete lunatics (EXTREMELY NAUGHTY) the past week or so and seems like all I do lately is daydream incessantly about packing them up and sending them out on the next train heading in the farthest direction away from me. I feel like such a horrible mother! My auntie’s wake is today and I don’t think I am going….mainly because my kids are not going to behave and I might snap on one of them the way I feel right now.

Tomorrow during the funeral they will be at daycare. I REFUSE to take them!!! I am so happy their daycare stays open until 9:30pm. They can stay there up to 10 hours after I drop them off. I am dropping them off around 11 or 12.. The funeral is at 3 pm…and I’ll probably pick them up around 7:30 or 8. I need a minute to regroup before I go and get them. I want to set up some respite for a few days next week, but I know it will be horrible for Boogy…hence horrible for me, I don’t think having to deal with the aftermath of respite is worth it right now….so i’ll just toughen up and take it….I feel so bad………..( ENTER YET ANOTHER SUDDEN BURST OF UNCONTROLLABLE TEARS HERE) 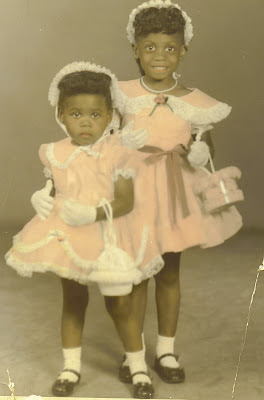 OTHER NEWS…
I got called yesterday by the ON CALL holiday placement person. He asked me was I interested in taking a a 7 month old female. I missed the call, but I called him back to let him know that I already had 2 under age 2 and that they wouldn’t let me take anymore that young. He was like do you have room for kids older than that..I said yes. He said GREAT! I will call you if I get anymore over 2 today. I guess he didn’t get anymore…because I didn’t get anymore calls.

At the start of the new fiscal year July 1, 2007, they moved Foster Care Central Placement from one agency to the main agency and I have noticed many things since they have moved:

1. Apparently my name has been added to the emergency, after hours, and holiday placement list (which I don’t mind), because I have been getting calls late in the evening and on holidays, which never used to happen before.

2. They apparently aren’t keeping track of the kids I already have in my home. Because I have gotten calls for sibling groups and infants. Sibling groups are fine as long as it isn’t more than 2-3 kids..even when I do get the 3rd seat added on my Explorer, only 3 more kids will be able to fit in my car and under FL foster care laws I can’t have more than 2 under age 2. (Although I know someone right now who has 3 one year olds, so I know they bend these laws as it is convenient for them) but I don’t want another infant anyway….At least not right now….

3. When they call they make sure they specify race at the beginning of the call….i.e: Hi. Ms. Lady, we have a 7 month old AFRICAN AMERICAN FEMALE that we are trying to place. Are you interested in taking her? They never used to do that before, they ONLY used to mention it “matter of factly” or if the child was a different race than me. i.e.: Hi, Ms. Lady, we have an infant that needs to be placed, would you be interested in taking the placement..and only after I probed for answers did I find out gender, race and age of the infant. I didn’t even know CT was black until he got to my house….Obviously I don’t care, but I didn’t think to ask because I wanted a baby so bad..LOL!

STILL MORE NEWS…
Mom didn’t call this weekend for our visit, but grandma (who B used to live with) called me Friday to ask me did I know where mom and dad was….she couldn’t get them on any of their #s. I told her no…the same #s I have are the same that you have and mom calls me from different #s every time she calls. I told her mom was supposed to be calling me today (Friday). She never did…G’ma said she loved US (as in me and them) and she was going to send the boys some stuff…we’ll see… she seems to be a really nice lady.

I wasn’t going to be able to do the visit anyway due to Aunt’s death..but she could have at least called. I was waiting on her to call because I never know what # to call her at. I hope everything is ok…..G’ma was looking for them to wire them some money….

Boogy hasn’t even asked about them lately…(which is VERY ODD for him) I guess seeing them was the fix he needed to sastify his constant longing for them….

FINAL THOUGHTS…
Please pray for me and my family….The pictures above are of my aunt Tracy..the last one is her and my mom when they were little…She’s the taller one.

Please seek Jesus while you can!