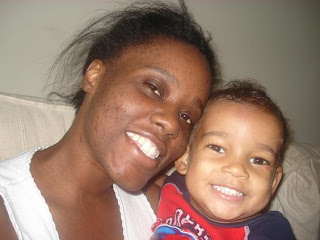 I am so excited and I just can’t hide it. I’m about to lose control and I think I like it!!!

OMG! I got another letter today from birth family. I went to check the P.O. Box fully expecting it to be empty and there was a letter there from the boys bio sisters’ parents!!!!

Here is what the letter said:

“Hi, thank you so very much for the letter. I had been hoping and praying that this day would come.

I think it is a great idea for the children to get to know one another now rather than later. Lil Miss Awesome (B & D’s oldest sister) often speaks of her brothers, to the fact she doesn’t know them.

I have spoken with Buttercup’s (B &D’s second oldest sister) adoptive mother about the letter you sent, she too is excited about the children getting to know each other.

I am enclosing my new address:

I look forward to hearing from you again real soon.

I did find out something interesting from this letter and that was that both girls were not adopted by paternal G’ma as I have always been told. Only the youngest Buttercup was.

I am going to sit down and talk to the boys tonight. I do talk about there birth family, but I haven’t mentioned much about the sisters, because explaining to them at this age has proved to be very difficult for me, just because they don’t understand.

B still doesn’t understand the fact that D and him have the same bio parents and grand parents. He always tells D that they (the birth family he knows) doesn’t belong to D, only to him. B has also been asking me a lot lately if he came out of my tummy. I have explained to him numerous times about birth families and adoptive families, but he DOES NOT GET IT AT ALL!!!! So this conversation tonight should be very interesting to say the least…lol

I’ll let you guys know how it all goes….

Still no word from bio mom, dad or their brother Lightning‘s mother. I’m a little concerned that Lightning’s mom won’t allow them to have a relationship because the agency also wanted me to adopt him and I am thinking she thinks I was the one pushing for it, BUT I WAS NOT!!! I was only willing to do it because I was asked and I felt like that was the only way they were going to ever know him. I pray that I am wrong and she comes around. I gave her my #, email and address, and we live in the same city. I was hoping because that L was the closest sibling that they’d get to see him more often, but I don’t know if this will be the case…We shall see…